One of my bucket list items was to swim with seals. I added this to my list after we had organised a trip to Tasmania. I chose to do it with Wild Ocean Tasmania as they seemed to be interested in environmental conservation. So on the 3rd of March, 2017, we drove out to WOT’s

headquarters at Eaglehawk Neck, Tasmania, to get fitted up in wetsuits and head for the ocean. We were given a fantastic tour of the rugged and steep coastline of the Tasman National Park. The conditions were perfect with calm seas which gave us the opportunity to go into caves that had formed into the rock.

Being a bit of a bird nut, I got super excited when the boat headed out to sea towards a flock of feeding sea birds. Within this flock was a bird that I had wanted to see in real life for some time….a Buller’s Albatross. 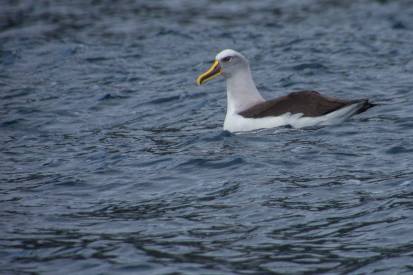 I had first seen this bird on some David Attenborough documentary. They look almost fake, but so beautiful. Watching these birds circling the boat and feeding on fish was mesmerising.

After spending a bit of time out with the birds, we headed back towards the coast and towards the seals. And the seals did not disappoint! Near Cape Pillar we came across a

colony of Australian and New Zealand fur seals. They were simply majestic. The boat floated about 50m from the coast to ensure that we didn’t disturb the seals. They didn’t seem to mind up being nearby and continued with their daily activities, including having a bit of a disagreement.

After admiring them from a distance, it was time to hop onto a floating platoon. This was an interesting experience as you lay down on the platoon and stick your head into the water. The water was cold, but not unpleasant. The platoon was pushed towards the seals, but not too close as to disrupt them. They we floated and waited for them to some to us. Within minutes the Australian fur seals were coming within 5 metres of us. They dived deep into the water in front of us. 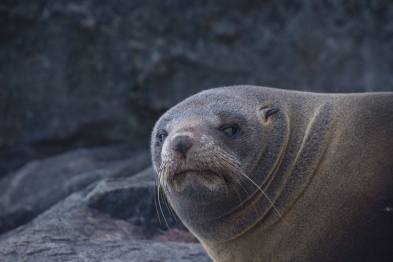 I was amazing to watch the play and frolic in front of as as if we were not there at all. I couldn’t help but simply watch in amusement and be completely mesmerised by these beautiful creatures of the sea.

After what seemed like only five minutes, but was actually more like 20 minutes, we were taken back to the boat. Here we bid our farewell to the seals and hoping that one day I will get to see them again. 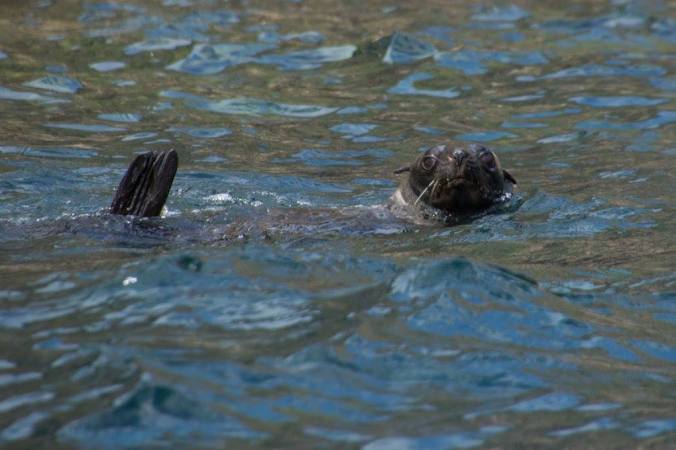